The Greatest Show – what P.T. Barnum can teach you about marketing 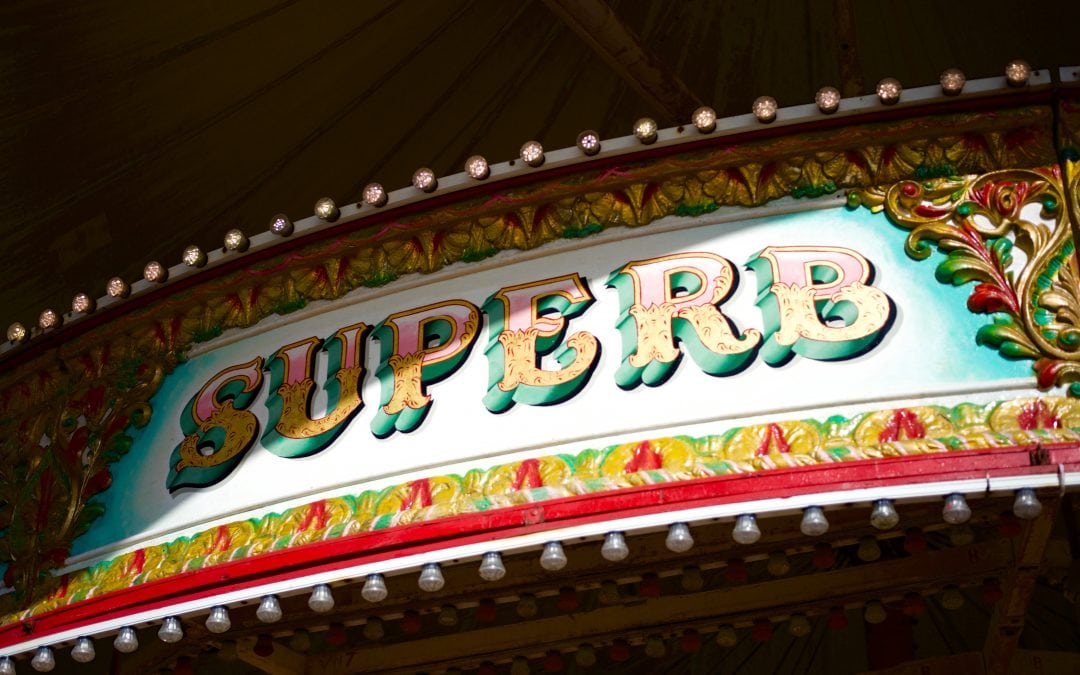 The world is full of business books, podcasts and guides.  Many of them have their uses and, if you find them at the right time, they can revolutionise your business.  But sometimes, they just don’t cut it, and inspiration strikes in less conventional places.

Ladies and gentlemen, I present to you The Greatest Showman.  I took my youngest son to watch it at the cinema on a dreary Saturday morning and we loved it.  We have the soundtrack, the piano music and even a Ringmaster’s hat.  Aside from it being glorious, it came at just the right time and really struck a chord with me as to how I run my business.  There was a need for more elephants obviously, but it was more than that.

It has been out for a while, so if you haven’t seen it, grab it on DVD/TV and, if you’ve already seen it, watch it again.

The story plays a little fast and loose with the actual P.T. Barnum story, but we can forgive them a little artistic licence.  Barnum himself published his own Business self-help book in 1880 with his book, “The Art of Money-Getting or Golden Rules for Making Money,” and has inspired the likes of Elon Musk and Steve Jobs ever since, so he must have had something to say.

So, putting an eternal love for Hugh Jackman aside, here’s what you need to learn

A million dreams is all it’s going to take

Alright so he didn’t actually have his life mapped out, but he was certain he was going to be successful and never wavered from that.  He had a goal and he stuck to it.

His dream was to create a better life for himself and the woman he loved (cue music) and he was prepared to do whatever it took – even though it took years to achieve.

Having a vision for the world, and the business, you want to create makes every other decision easier, from branding, to Twitter posts.  Even if you start small, everything is better if you have a dream of where you’re heading.

You can risk it all and see

Doing anything involves a little risk, and the best things offer a lot of risk.  This doesn’t always have to be financial, it can be trying something you’ve never done before and trying out some new ideas.

I’m what you might call ‘risk averse’ – I struggle to decide on a new haircut.  However, it’s something I’m working on and getting better at.  Making calculated risks and investments is essential and needs to be done.

Whilst I don’t advocate lying to the bank about your flotilla of ships, from a marketing point of view, it could be experimenting with video, more elaborate campaigns or investing in advertising and exhibitions. 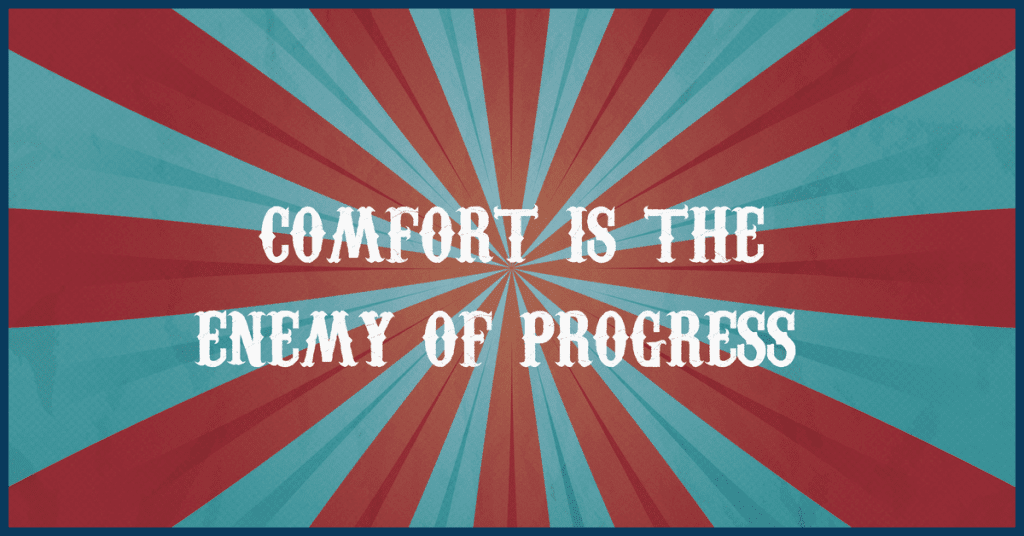 Be prepared to change your mind

There’s a difference between being risky and foolish, and largely the difference is tracking what works and what doesn’t.  If something isn’t working, don’t throw it out completely, but look at why it doesn’t work and think of new ideas.

Be open minded about where those ideas come from and they can come from the most unexpected places (even musicals).  For Barnum, it was his daughter’s comment that “he needed more things that are alive” and a couple of random thoughts created the circus that made his fortune.

The critics hated PT Barnum, and the critics even hated The Greatest Showman (Mark Kermode, we are no longer friends) but it made no difference.  It’s not important who doesn’t like your product or service, it only matters who does.

It’s even possible to turn that criticism into a positive, if it helps to define what you are as much as what you are not.  It was Barnum’s critic that first described his show as a Circus.

Maybe peanut shells is where it’s at.

Decide on your target audience and stick to it.  Forget the rest, concentrate on them.

Don’t Hide Who You Are

I spend most of my time telling people to be their authentic selves in business, so this shouldn’t really be a surprise to anyone.  However, the rallying cry of This Is Me, probably sums it up best.

Creating a professional image is one thing, but clients and customers want to see more than that, your values, your principles and everything in between.  Vulnerabilities are what makes us human, and people buy from people, so don’t be afraid to be open and honest and let your personality shine through.

Don’t try to be something you’re not

Barnum’s near ruin came because he tried to be something he wasn’t.  He was successful in his field, but he felt he needed more, that somehow, he wasn’t enough.

Be careful of trying too hard to attract an audience that doesn’t fit with your brand values, or brand personality, because you feel it will give you something you’re lacking.  If you feel you’re not good enough, new clients aren’t going to change that.

Other downsides include pesky opera singers trying to steal you away from your wife, so be careful of those.

Remember why you started

Opera singers aside, like the true Hero’s journey, Barnham finally remembers why he did what he did to begin with.  Making a better life for his family, giving his acts a place to belong, enjoying his work and their company.  Not only is this what made him happy, it’s what made him successful.  And if you can do both, then you’ve got it made. 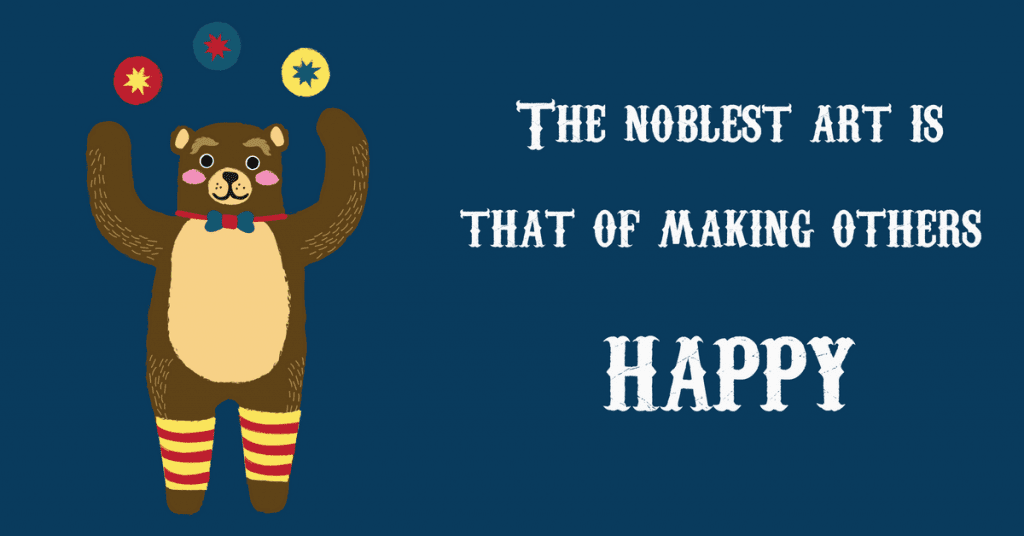 So, there you have it in a nutshell, everything you need to promote a successful business in one hour, forty minutes.

What movie do you think gives the best business advice?  Taxi Driver? The Shawshank Redemption? Let me know.

And if you can’t quite work out how to make your digital marketing Come Alive (can you see what I did there), then take a look at our Digital Strategy Sessions 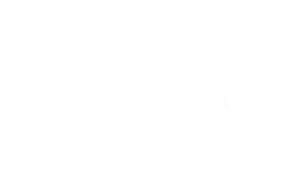